It's just got a vibe... i think it's for a lot of reasons, but they all have to do with it being a new idea at the time. for a lot of us it was one of the first 3D spaces we're projected into where we can carry out actions besides the world around us. but even for people who played other 3D games before it, it still has that eeriness to it, but i think that's only because of the technical limitations and textures of the game. there wasn't a whole lot of other 3D platformers to inspire its level design and art direction, which caused them to take a lot of artistic liberties. so one of the levels is a brick cube in a forever sky full of water with money in it and... it really doesn't get better than that and I mean that, it's such a memorable and beautiful area in the game, it's super uncanny but so relaxing to even think about the music and colors in that level. i like it a lot OK

the personalized mario 64 creepypasta is silly, but that brings me to another reason why super mario 64 feels funny (besides all those weird rumors kids would make up) is because even after you squeeze every last drop of juice out of the game as you possibly can you still find out new stuff about it sometimes. but most of all, another big thing that contributes to its weirdness, is that pretty much everyone I know that grew up with Mario 64 dreams about it more than most games for some reason? I hardly ever have a dream where I'm playing a video game, but when it does happen, it's Mario 64, Prey (2017), or I find and lose a shiny pokemon. but I always enjoy the Mario 64 ones the most because every time I play that game I just wish so badly that there was more of it. But I get to hallucinate more mario 64 in my sleep! it's just like the real thing...

but i would really enjoy a version of the game with a procedurally generated infinite castle with way too many doors. it could be random every time but I think it would be cooler if maybe there was just an absurd amount of passageways (doors/portals/paintings) in places you wouldn’t expect, and every copy uses the same seed, that way if you found something especially cool you could try to retrace your steps for other players to find. and since every room has multiple doors it’s an infinite fractal of uhhh super mario i guess, i don't know man

and I think it would be cool if the ai generation got gradually more creative the further you went, changing the textures and color palettes and coming up with 3D models and enemy types and behaviors according to maybe a general theme for the world which is determined by its name. like u know when you’re close to the original spawn there’s levels you’d see that are pretty marioish, stuff like a poison forest or whatever, but after like an hour of running through doors, the paintings lead to levels like “soap scum gorge” and “rat hideaway”. “wench swamp” “used napkin dystopia” “vape juice lake” "attention garage" I desperately want this
3 x

I saw a video about that rom hack and that's mostly where this idea came from, I'm trying really hard to make it work with the PC port. and maybe because i don't wanna wait 60 seconds every time i open your program because i haven't donated money AHEM PROJECT64 but also because it runs smoother but it's harrrrrd to put on there

But I did get personalization working 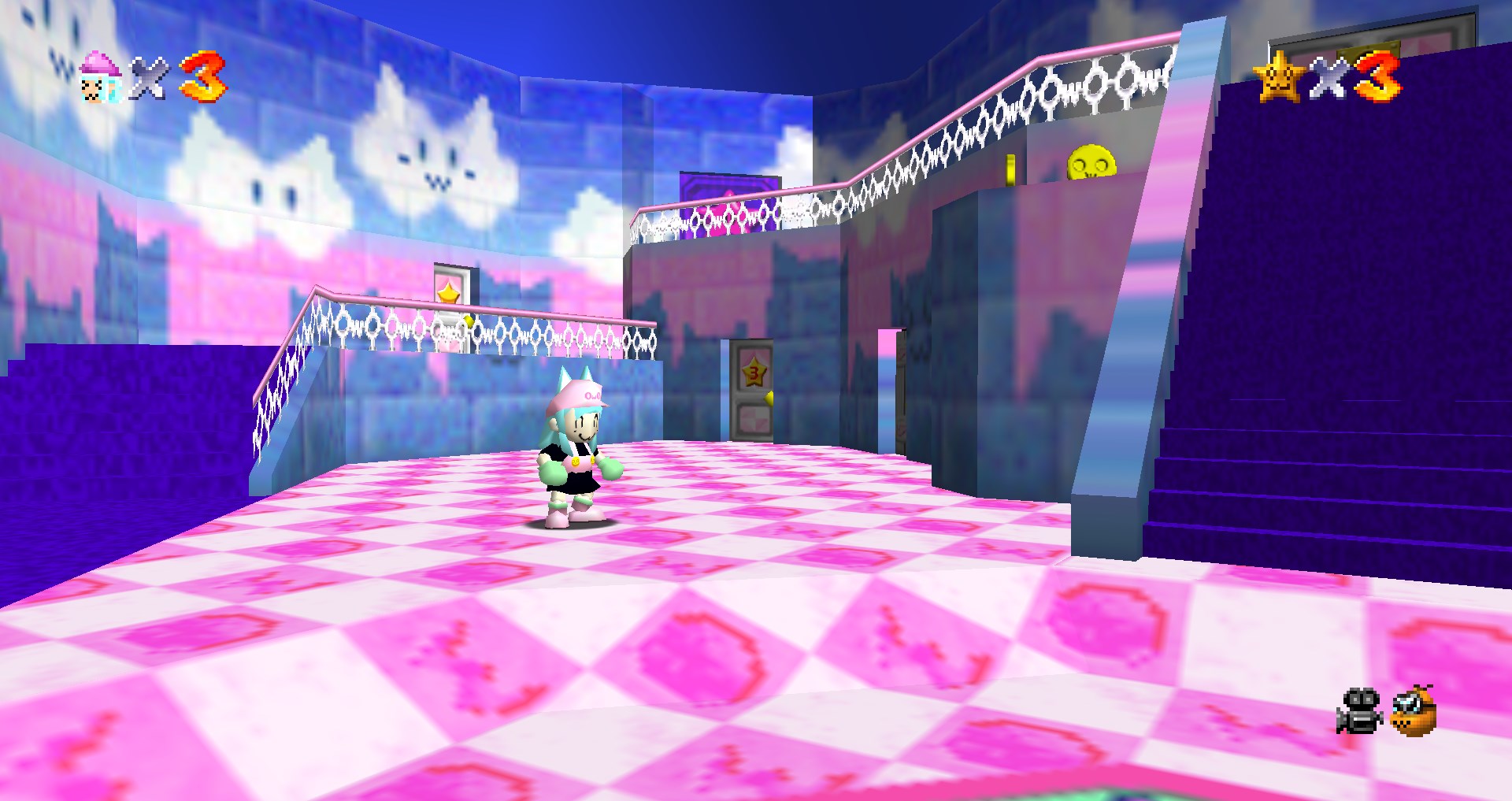 Twitter
I like all the A-press stuff pannen does, Im really sad he got scared off from doing more commentated stuff because of how big his Watch for Rolling Rocks PU video got
1 x

spencethebence wrote: ↑
23 Nov 2022, 17:31
I like all the A-press stuff pannen does, Im really sad he got scared off from doing more commentated stuff because of how big his Watch for Rolling Rocks PU video got

Dude yes I love Pannen's stuff been binging all the a press videos lately. I'm so hyped if they find a way to get through BitFS
1 x 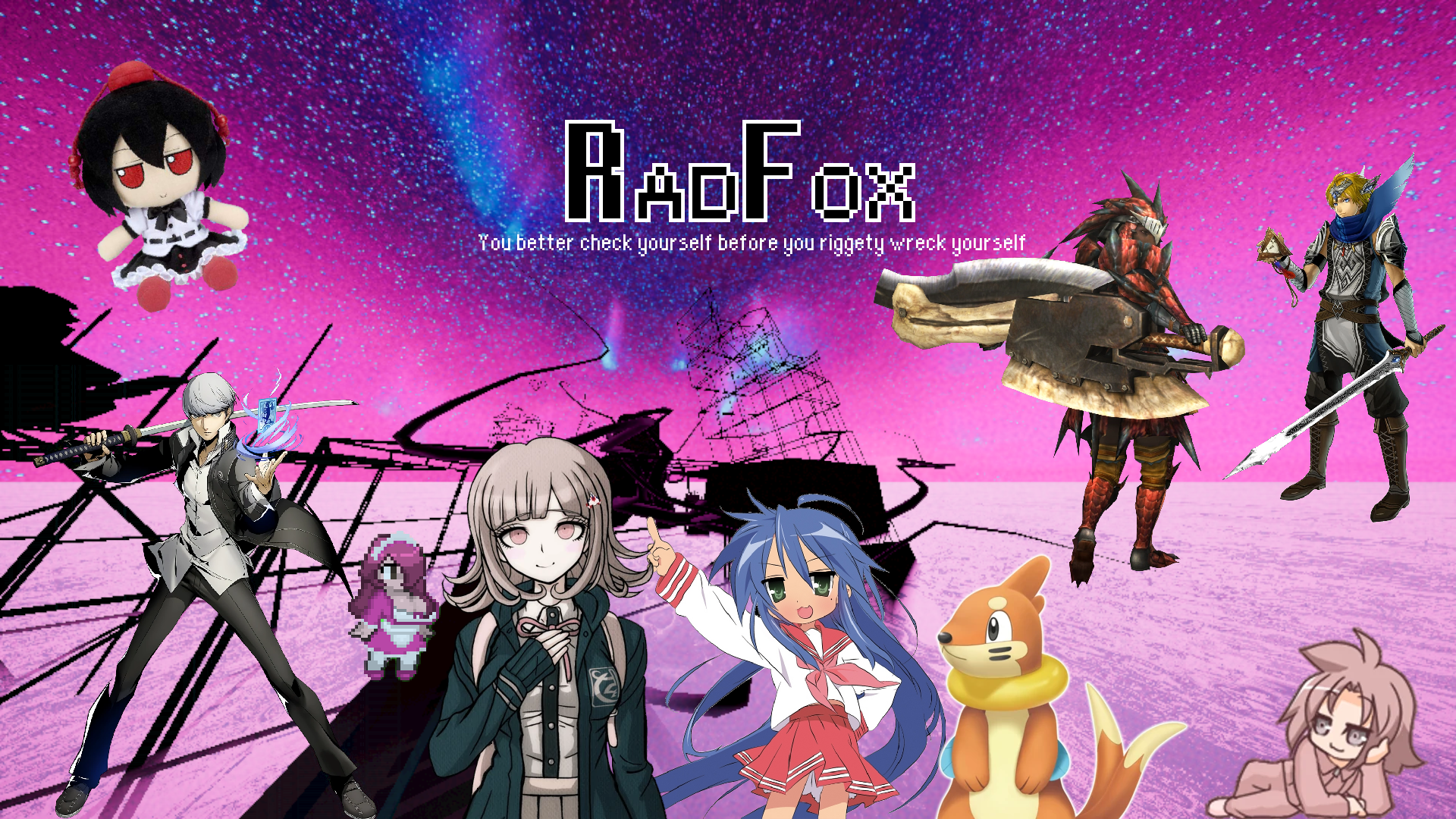 Website Twitter YouTube
I love Mario 64 so much it's such a weird little game that I just can't stop playing. When I was a kid I had Project64 and Mario 64 but I was like really really bad at the game and couldn't unlock any cool new levels so I eventually just said screw it and turned on a cheat to give myself all 120 stars. I had a ton of fun just running around levels, exploring, and finding weird stuff. Sometimes there's a game that releases that I just really enjoy being in even when there's nothing to do. Breath of the Wild I could wander Hyrule for hours for no good reason. Hat in Time I could replay that stealth level so many times. It's not common when a game like that happens for me but it's always games I'll remember.
1 x

spencethebence wrote: ↑
23 Nov 2022, 17:31
I like all the A-press stuff pannen does, Im really sad he got scared off from doing more commentated stuff because of how big his Watch for Rolling Rocks PU video got

we had a documentary themed movie night and i tthrew that vid on and although everyone there had played Mario 64 none of them... knew.

And yeah sparce i have that problem with project64 too, and whats super annoying is there's a 1/2 chance it will crash if i go full screen so i have to load up project 64 and wait a lot oh but it was worth getting it to work and getting my controller to work with my pc but for some reason that game leaves me feeling kind of sad, it's such a lonely experience. playing it is very different than viewing it imo

did u tell her thats how the game always was she just remembers it wrong?
1 x

so when I was about 15 or 16 I had a really trippy dream I was at a weird game rental store and I rented a game called Super Mario Lake for the n64 and when I got home to play it it was just Mario 64 but wrong. playing b3313 feels a lot like I'm playing Super Mario Lake.
2 x

so when I was about 15 or 16 I had a really trippy dream I was at a weird game rental store and I rented a game called Super Mario Lake for the n64 and when I got home to play it it was just Mario 64 but wrong. playing b3313 feels a lot like I'm playing Super Mario Lake.

I just watched a couple videos on the hack and my only regret is not going in blind, I wish I could unwatch the first 20 minutes of these YT vids because I'm excited to play it, looks like there's plenty of content and stuff to find either way... Mario 64 doesn't have a lot of dialogue but this hack's few lines have said something that genuinely gets a gut laugh out of me? Like as soon as you enter it is like 'WELCOME TO MARIO WONDERLAND' and yoshi says something like 'DO NOT ENTER THIS CAVE UNLESS YOU WANT TO SEE YOUR GREATEST FEARS UNFOLD' except it's literal yoshi saying it which is hilarious actually. It seems really aware of what it is and why the game it's based off of is eerie, and highlights those parts into something not "scary" but mystifying and spine-chilling. really eager to play it now so I'm just gonna patch a rom and try it now

did u tell her thats how the game always was she just remembers it wrong?