thread for songs i like (All Songs Will Be Deeply Uncool, Target Audience For This Post Is Unclear)

Pete Townshend, the guitarist and principal songwriter for The Who, made a home demo of pretty much every song he wrote. Over time producing these became a very complicated affair, as he played every single instrument he was going to use for the final recording in order to give his bandmates a better idea of what he had in mind. Many Who recordings are set to backing tracks that Pete finished for the demos. I find this process endlessly fascinating, as I am not a particularly interesting person.

These demos have achieved a somewhat legendary status as Pete releases more and more of them periodically for box sets and collections. In a video once I saw Eddie Vedder ask David Lynch if he had heard of them and David Lynch was already aware of them. It was crazy. At this point, some people argue Pete's demos are stronger than the officially released Who versions. I generally don't agree – the hyperdistinct rhythm section of The Who will always be my favorite rhythm section in Music (concept) – but the demos Pete produced in the 80s following Keith Moon's death have a distinct emotional edge that don't come across in their final versions, this song being a particularly notable example.

Pete Townshend wrote this song after he was rebuffed by a married woman he had inexplicably fallen in love with. And by "after" I mean, Pete wrote, recorded and finished the demo the day after he was rejected. That's crazy! At least it seems crazy to me! But I'm a moron! (The woman was Teresa Russell, for those who like recognizing names. As to why he fell in love with a woman he didn't know all too well, I'll chalk that up to the burgeoning drug addiction and the recent death of one his friends. We've all been there!)

I normally wouldn't put that much stock in any songwriter's biographical details when it comes to the songs he sings, but the whole recording has the weird nervous urgency of a man completely at the end of his rope, who claims to be a "suicidal psychopath" before going off into a verse that starts with the lyric "Consume, there's a beautiful white horse I saw on a dream stage". That's crazy! At least it seems crazy to me! The vocal itself is jumpy and somewhat random. Even Pete's signature flamenco-ish strumming feels like the product of a man who is angry at his guitar in a way that doesn't really manifest itself in any of his other recordings.

Wow! This sure is a crazy, almost tossed-off artistic expression of the dueling shame and resentment that can bubble up when someone is rejected by someone they thought they loved. It's, at the very least, unique!

I am deeply embarrassed by the mere thought of recommending or even mentioning The Music of Scott Walker online. I’ve encountered many of that sort of person: greasy awkward weirdos over-excessively stressing the massive importance of this “hidden” gem of an artist due to his influence on David Bowie, Beck, Thom Yorke, and an unknown multitude of other weird blonde men. I’ve mentioned him briefly in my private life and deeply regretted it almost instantly – the world doesn’t need more people like me doing things like that. Unfortunately, I am tentatively making an attempt to at least pretend as if I am not ashamed of every single one of my instincts and interests, so, here we are. As you can see, I'm already doing a very bad job.

Scott Walker’s music is often placed into two fairly distinct camps, first, his early period of Baroque Pop that even Your Grandmother can enjoy, and then his later period of truly bizarre experimental music covering such diverse topics as: the execution of Ceaușescu, or, the death of Elvis’s stillborn twin brother (as a metaphor for 9/11). This song is firmly in the first camp, timeline wise, but it's also a great deal weirder than the litany of covers primarily designed to showcase his voice he was releasing at the time.

I’m particularly fond of this period of his music because I love an orchestral arrangement that never stops moving. The opening instrumental section in particular is almost satirically over-the-top at setting the scene of a 60s Singer Songwriter Being Weird. The whole piece feels like a funhouse mirror reflection of the orchestral pop he had been operating in up and growing sick of until this point. Fortunately, his particular and bizarre songwriting instincts keep him from edging over into an exercise in parody. This chord sequence is weird, man, constantly swapping from major to minor and never repeating itself for very long. The whole song is so charmingly off-kilter, like if The Zombies (band) were evil, like zombies (concept).

The lyrics concern a father who resents his dreary domestic life and either imagines or successfully develops a double life as a voracious party animal. A pretty archetypal Songwriter's Premise that still feels perfectly seated in the overwrought orchestration of the backing track and Scott’s Evil Voice. The imagery he gravitates to is also not that far off from his Openly Evil later work, particularly in the couplet: “Oh to die of kisses, ecstasies and charms / Pavements of poets will write that I died in nine angels' arms.” If you used that combination of words in any other context I would tell you to Fuck Off. Here, it works for me.

But, I have to admit that I'm writing all this nonsense just so I can talk about one section of the song. The chorus (1:56-2:41 for anyone playing at home) roughly changes key to A Major from the A Minor of the verses (roughly; it’s a very weird chord sequence and Hell if a common idiot like myself can figure out the damn thing). And that’s not that interesting! But! At 2:17, the orchestra largely drops out and the song reintroduces minor chords on the lyric “You're all right now / So stop a while / Behind our smile.” Oooh!!! Spooky!!!! I normally wouldn’t consider something like this noteworthy – no individual element of that sequence is startlingly unique or unheard of – but the way it's deployed here is almost magically evocative to me. The genuine sadness of this character’s life is fully laid bare here, and it's even more apparent after the goofy operatics that came before it.

Also, it’s called The Amorous Humphrey Plugg. You gotta give it some points for that. That’s just funny!
2 x

Website
To anyone who is not me reading these: I'm sorry. I am doing this entirely to get Something written every day. I don’t care if it provides any value to myself or the world; I don’t even care if it’s any good (it's bad). I am just trying to get to a place where I feel like I can engage in any sort of Regular Human Behaviour. I'm excited to see if that winds up happening, someday.

To anyone who is me reading these: Stop it this instant. You can and should do just about anything else with your time.


I know nothing about Hall and Oates. I'm familiar with "Maneater," but that's about as far as my relationship with the band goes. The rest of their music could be Hardcore Rap Rock and I would be none the wiser. So, why did I get way into a single Daryl Hall solo album a few years back? Why would you start a solo album by a guy most famous for his duo albums? That's just less bang for the buck!

Well, unfortunately, I made my way to this album because it was produced by the famous Old Baby and King Crimson guitarist, Robert Fripp. More specifically, I read this album was intended to be part of a loose trilogy with Peter Gabriel's second album and Fripp's Exposure. I didn't even know those two records were part of a loose duology! I was already a big fan of both, so I felt it was necessary to Finish The Fight, as Halo 3 taught us all those years ago...

Sacred Songs as a whole is a very, uh, particular album, bouncing between very eighties art rock and late seventies pop in a way that doesn't wind up feeling nearly as disjointed as it should. It's by no means one of the weirdest or "out there" albums I know, but I have a hard time coming up with another album that I could reasonably pair with this one (except for maybe Robert Fripp's Exposure... or Peter Gabriel's second album...). Other songs have more of a Fripp/Crimson flavor to them (NYCNY, if you are so inclined), but Something In 4/4 Time feels like the most mature synthesis of Hall's songwriting craft and Fripp's at times bizarre and antagonistic arrangements.

The construction of the music here is fairly simple, essentially consisting of a verse/chorus/bridge/outro - all the classic parts of a song are accounted for. What I find most interesting is how well paced the arrangement is to my Idiot Ears. The whole track is built around Hall's relatively simple piano part, but the band gets busier and busier over top of it through the verse into the chorus before falling away back to just Hall's piano to build itself back up again. It's a fairly common song structure, but a talented band and Robert Fripp at his closest approximation of regular rhythm guitar playing help give it a particular personality that immediately grabbed me.

It helps that after an extended Weird Fripp Guitars Middle section the whole band goes full steam ahead into Jam World for the extended outro - nearly the entire back third of the song. It's a great backdrop for the Daryl Hall Vocal Showcase as he jumps between his calm midrange voice and an insane falsetto constantly. Is that his thing? Is that what he's known for? I have no clue.

Also, it's all about selling out and just creating art for profit instead of any genuine personal drive. Is that autobiographical for Mr. Hall? I have no way of determining if it is, and it wouldn't really affect my enjoyment of the song if it was or if it wasn't. Either way, it's a fun subject for a song from an album that went unreleased for three years because the record label felt it was too uncommercial.
1 x 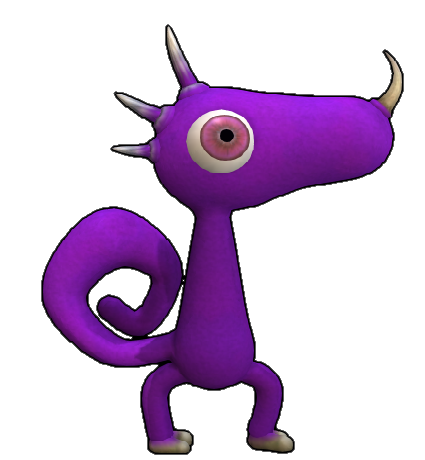 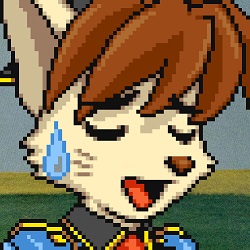 Website Twitter
scott walker fucking rules and i was devastated when he passed away a few years ago. his final album with Sunn O))) really spoke to me, the latter half of his career (experimental side) like you were talking about before is much, much more interesting to me personally but his early parody chamber pop music is just as musically important. i am the sweaty greasy man that thinks he’s underappreciated for his influence on other weird blonde men. i’m sorry. bisch bosch is the scariest album i’ve ever listened to
2 x