YOU CAN JUST LEARN HOW TO DO ART!!! DALM'S ART RESOURCES THREAD....

Has this ever been you?

Well, here's the secret: You can! Art's Just Something You Can Do! In this thread we'll talk about a variety of resources, tutorials and books that'll help YOU learn to make art you can be proud of. At the end of the day, art's not some talent some people are born with, it's a skill that's learned through practice. Learning how to practice properly and challenge yourself is the best way to improve.

General tutorials on how to get good. Some of these are exercises and some are tutorials. I've tried to choose the ones that have lots of hands-on exercises.

Disclaimer- I'm actually slowly working through Draw A Box right now, but from what I've seen so far, it is REALLY GOOD. Irshad Karim/Uncomfortable is a pretty great artist, and his exercises go into more detail than any other art resource here, with video demonstrations, comics and in-depth write-ups about all the exercises. The site starts off at the most basic level of art- just drawing lines and circles, and gradually builds up to more and more complex exercises.
If you'd like support from the community which has grown around this resource, check out /r/ArtFundamentals. It's reddit, so sometimes it can be a bit rough, but most of the interactions I've had on there have been lovely and supportive.

Proko, on youtube as ProkoTV does a variety of videos, mostly about caricature and comic art, but his figure drawing tutorials are really great. Try working on them in conjunction with the life drawing sites below.

Brandon Dayton's youtube channel has some lovely videos about the artistic mindset, procrastination and process. It's very much worth listening to if you're having trouble starting, working or getting yourself to practice.

How To Think When You Draw

Regular lifedrawing and still life are a great way to improve your drawing skills. Whether you're drawing abstract or representational, cartoony or realistic, it helps to have a solid grasp of what the real deal looks like, so the symbols you use to represent it are accurate and recognisable. It's also a great way to learn volumes and anatomy.

Line of action is a life drawing resource. This one is mostly photos rather than videos but it's still hella useful in the way it times you, lets you do custom sessions and has a class mode that starts with short poses and builds up to longer ones. Obviously videos are a little better, and going to life drawing in person is better still, but I find it useful.
This one also offers the option of drawing a bunch of things that a lot of artists, me included, struggle with. Animals, faces and hands. That's most of why I use it. Once a week or so I'll try to do a dedicated practice for drawing hands and faces.
This one also offers the option to draw only clothed models, but some of them are really scary. 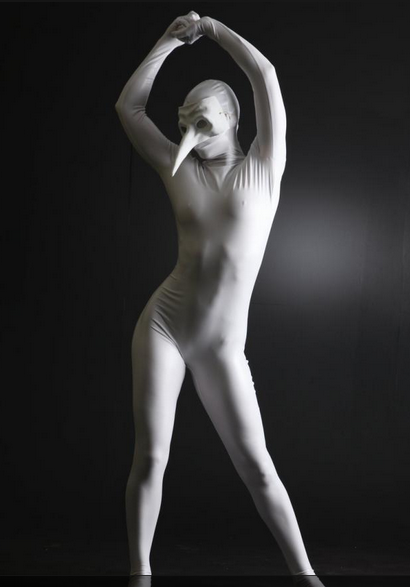 Adorkastock do many stock photos and poses that are great art references. Check them out. They do a LOT of fantasy-themed stuff so if you're interested in that, check them out!

Something I and many other artists struggle with is environments, backgrounds and such. Drawing environments from life and using a lot of photo reference is useful, but planning is also super important in this. Here are some references that'll help with that.
Anaxe if you're reading this, do a tutorial on this please!!!! ilu!!!!

As a comic artist, most of what I do is geared towards eventually making rad comics. Right now, I'm trying my hardest to get to a place where my output is at the level I'd like it to be, but I'm not quite there yet. Gonna make rad comics though. Here I'm going to link some resources that I have used and am continuing to use in pursuit of that goal.

The name sounds lewd, but Strip Panel Naked is not about smut comics. It's actually a great resource for studying and analysing comic books! The videos cover a variety of comics, from independent to established and mainstream comics, and basically are about breaking down what the writers are doing and why. Look at what the artist is trying to say, and how they're saying it.

NSFW AS HELL. Dirty Old Ladies is a podcast by comics professionals Spike Trotman (Iron Circus Comics), Kel McDonald (Sorcery 101) and Amanda Lafrenais (Love Me Nice). The comic talks about making comics, getting published, motivation, writing.... You name a comics thing and they've probably covered it at least briefly.
Also, all three of these gals have a lot of good thoughts on twitter.

Not to be confused with Scott McCloud's book of the same name, Makingcomics.com is a huge and slightly labyrinthine site dedicated to helping make comics. It includes loads of free and some paygated tutorials, exercises and written demonstrations on almost every part of the comic-making process. The site's really slow to load, but absolutely worth a read.

How To Get Into Comics And Survive Once You're There

A list of resources and tutorials by comicsbeat.com. This list is frequently updated, so make sure to check it regularly. It's good as hell.

Reviews and analysis of webcomics, as well as various tips on how to make and write them. It's defs worth checking out! Also reblogs news about the webcomics scene. Just a generally good site!

I understand some folks can't afford books, so I've tried to make sure there's plenty of emphasis on online resources, but if you have a library near you, defs try to hunt these down. I've learned a massive amount from these, and you can

Perhaps not the be-all-end-all of comics as it once was (And that's a good thing!), but Making Comics is still an amazing book, and every time I read it, it inspires me to work hard and practice. McCloud talks about the practical skills specific to comics as a medium using the medium, in a simple and clean yet compelling way. It also contains lots of exercises and references to other comic books you might want to study or just read for fun.

Mccloud also wrote a third book, Reinventing Comics, but I haven't read it yet.

One of my favourite books. It's a shame I don't own a copy right now. Perspective! For Comic Book Artists goes into depth on that most terrifying of subjects- what the fuck is perspective, and how can we trick an eye into seeing something in three dimensions on a two dimensional piece of paper. Like McCloud's work, Chelsea presents the book in a comics style, making it clear how perspective actually looks. Until I read this, I didn't quite "Get" how perspective grids worked, but this book really changed that. It's absolutely worth a read.

Andrew Loomis wrote a lot of old books about figure drawing. They're good. Also check out http://drawingbooks.org/ for more old stuff.
Thanks Alex!

For things that are too small or eclectic to fit in with the other sections.

Will Paterson, a graphic designer, does some neat videos about font and logo design.

Charge a fair amount for your work!

The @Anthologycomics twitter is super useful for finding anthologies looking for folks. As always, most of them are unpaid, but every now and again a paid anthology pops up on there. They have a knack for finding a lot of open calls.

Recommended by OJ!
A Guide to drawing various kinds of humans. TW For one slur (G*psy)

Great hairdressing resource that's also useful for pics of styles for reference. Frequently updated and has a lot of different styles.

A Quick little guide to databending with audacity and how to get the file to open.

SO. What now? Check out these resources and get drawing!

If you have any resources, feel free to post them in the thread and I'll check them out and add them to this document. I have WAY MORE than these, but I've tried to make this list pretty light to start off with. Keep checking this thread as I'll add more resources over time.

My friend reblogged these the other day. Ain't had the chance to read over them but im puttin em here for my own reference.
4 x
Dalm
totally hip 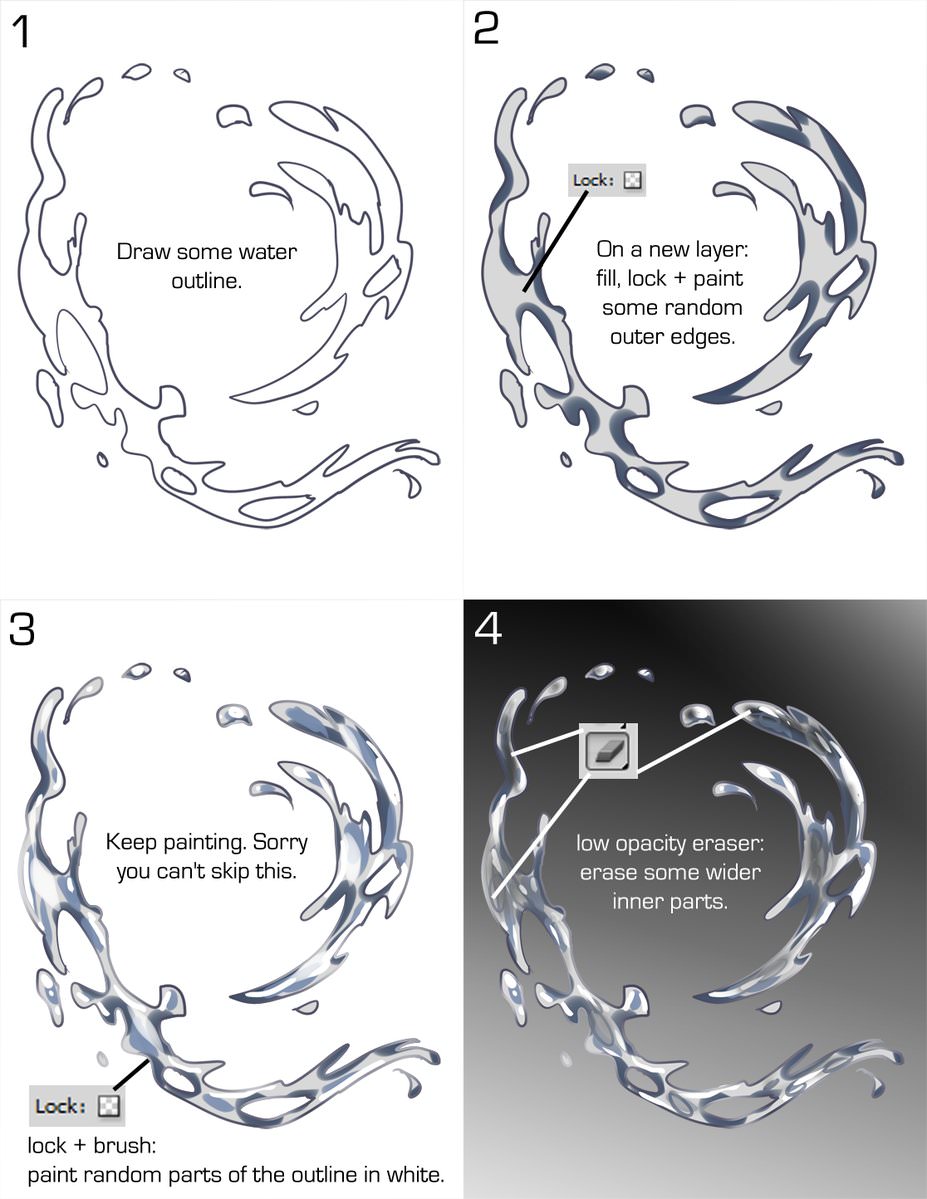 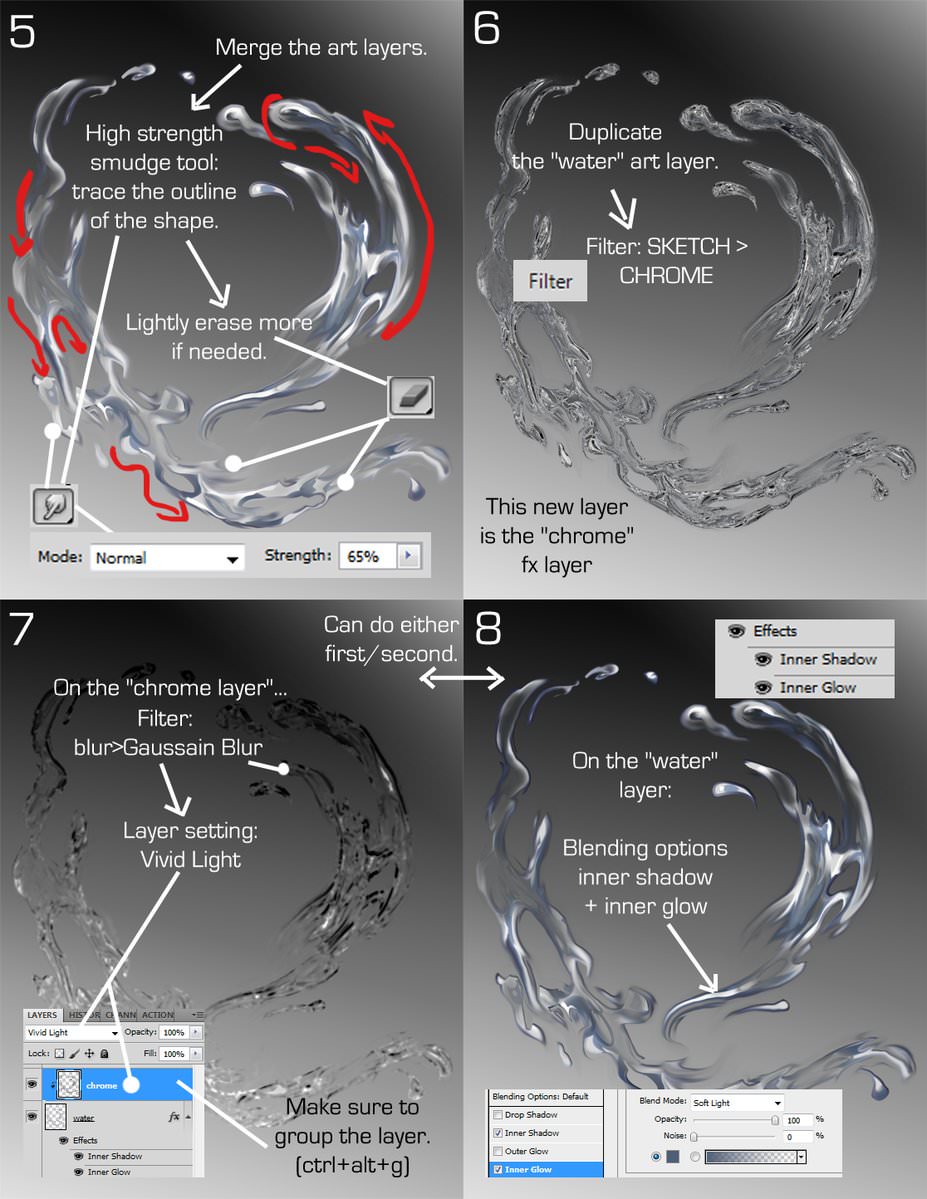 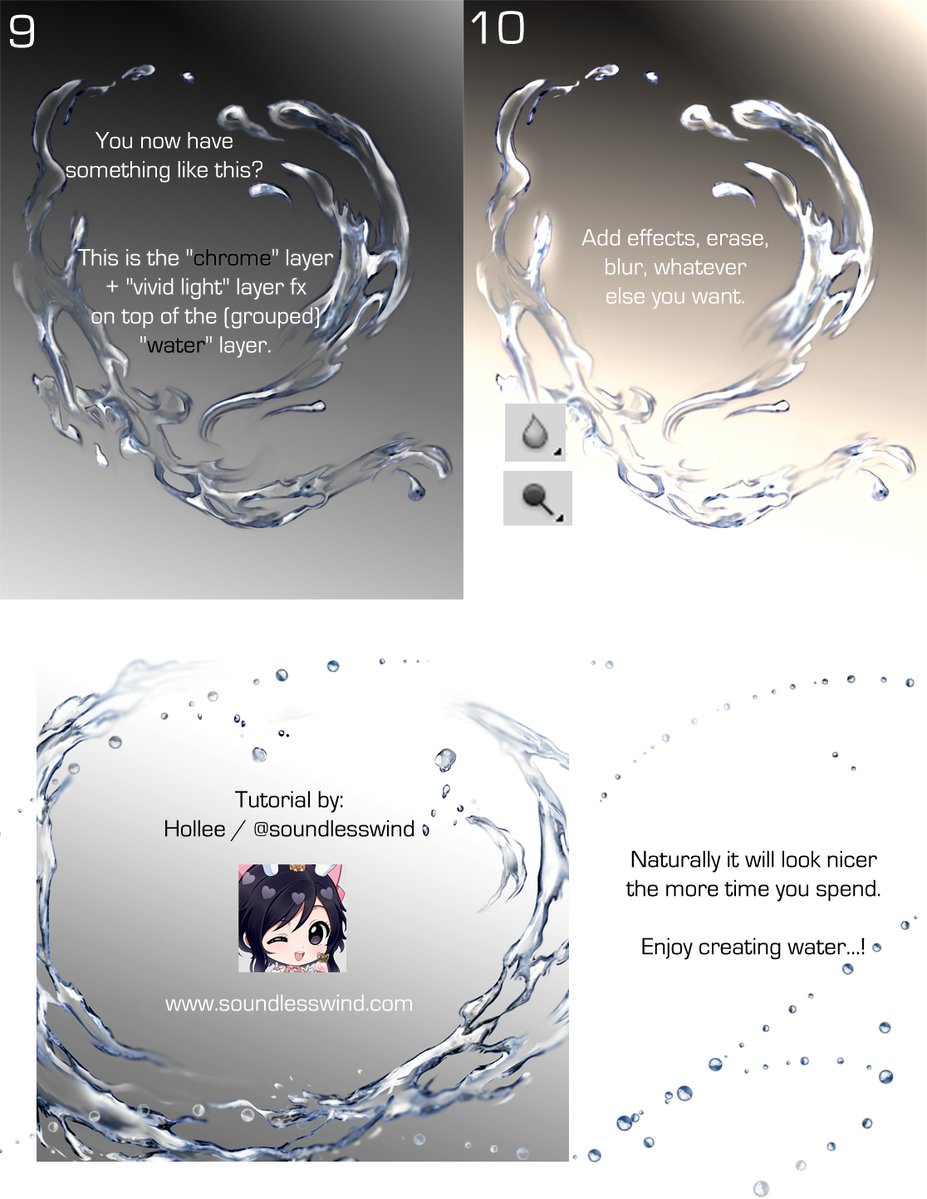 Water tutorial by @soundlesswind on twitter!
Check out their work!


You can replicate the effects of the Chrome filter using a black and white gradient map!
4 x
Dalm
totally hip


These are ways to crush down art into limited palettes. Thanks to Slangyker for linking em!
4 x
Dalm
totally hip

STRUCTURE OF THE 12 PAGE COMIC 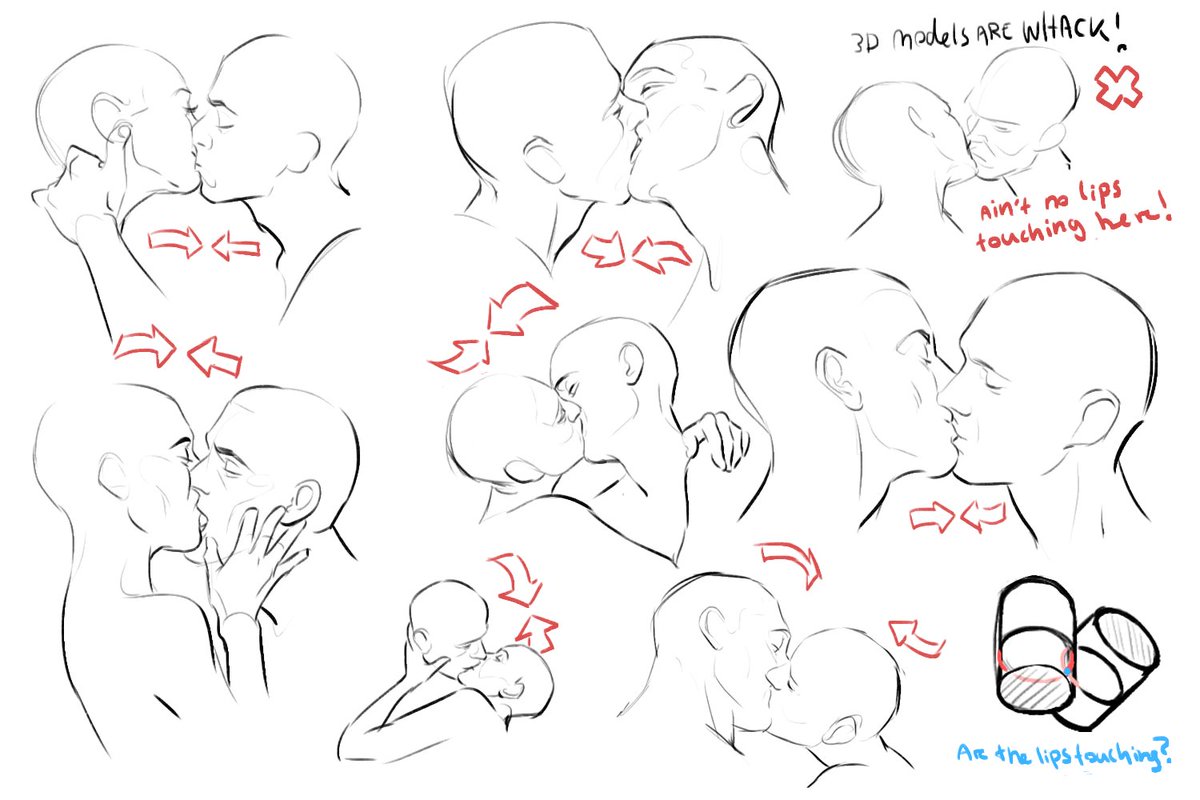 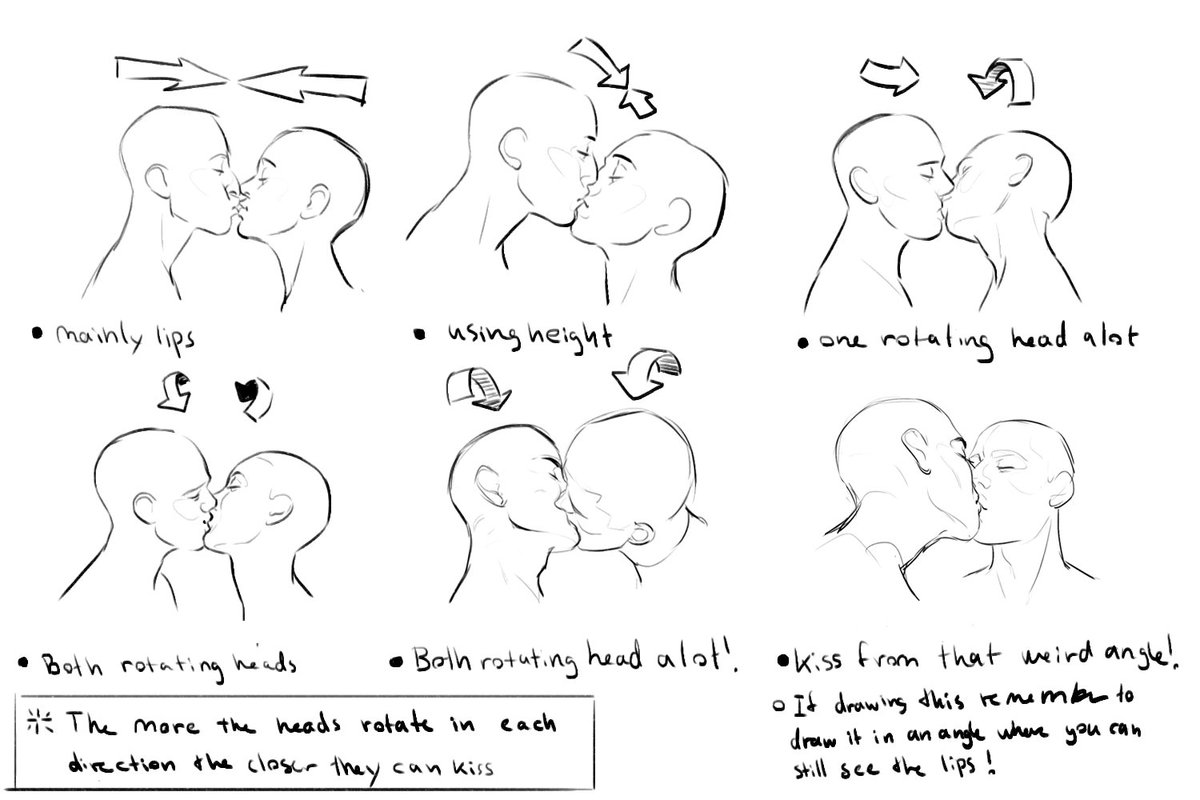 kissing is hard to draw but this post is neat.
3 x
aeggdrasil
s-mod 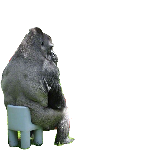 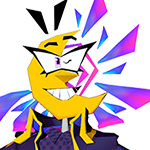 Fuck yeah this is amazing! Awesome work thank you for putting this all together!!
0 x

a kinship with all living things 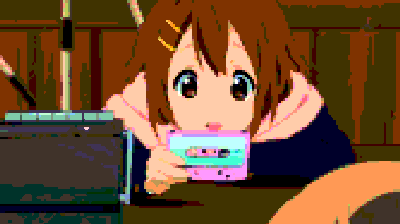 Website
thank u all im glad you ll like it.
I will add more of these in future.
Also, if anyone has any resources they would like to put in here go ahead, especially ones for 3d modelling, setting up livestreams etc because i don't know much about that sort of thing.
0 x
sparce
tingly poster

This is very helpful as I've just picked drawing back up, I should really check woodshop more often. Bookmarked this and I will be coming back to it very frequently.
0 x

/
/▌ This is Bob. Copy and paste him so he can take over The Orb
/ \
Dalm
totally hip

sparce wrote: ↑
26 Jun 2021, 05:26
This is very helpful as I've just picked drawing back up, I should really check woodshop more often. Bookmarked this and I will be coming back to it very frequently.

Thats very good to hear! I am thinking of potentially setting up a weekly life drawin practice thing if people are into that???
0 x
ANDREA
incredicool

Born of the Swirling Abyss

It turns out that 3D modeling stuff is really easy if you've got a reference image or two! I've been bashing my head against it without much luck but this tutorial is very good and also quite a bit of fun to follow!

It's especially good because it teaches you some techniques (like merging objects, using the subdivision modifier) that aren't strictly necessary for this project, but really useful to have in your toolbelt.
0 x 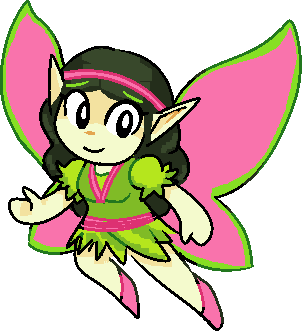 Born of the Swirling Abyss

ANDREA wrote: ↑
02 Jul 2021, 08:06
It turns out that 3D modeling stuff is really easy if you've got a reference image or two! I've been bashing my head against it without much luck but this tutorial is very good and also quite a bit of fun to follow!

It's especially good because it teaches you some techniques (like merging objects, using the subdivision modifier) that aren't strictly necessary for this project, but really useful to have in your toolbelt.

I made this human avatar following the tutorial, and this duck afterwards on my own using the same methods and some reference images I found on the internet! 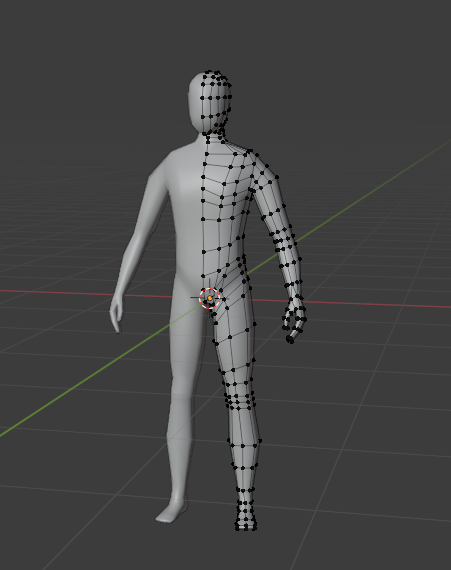 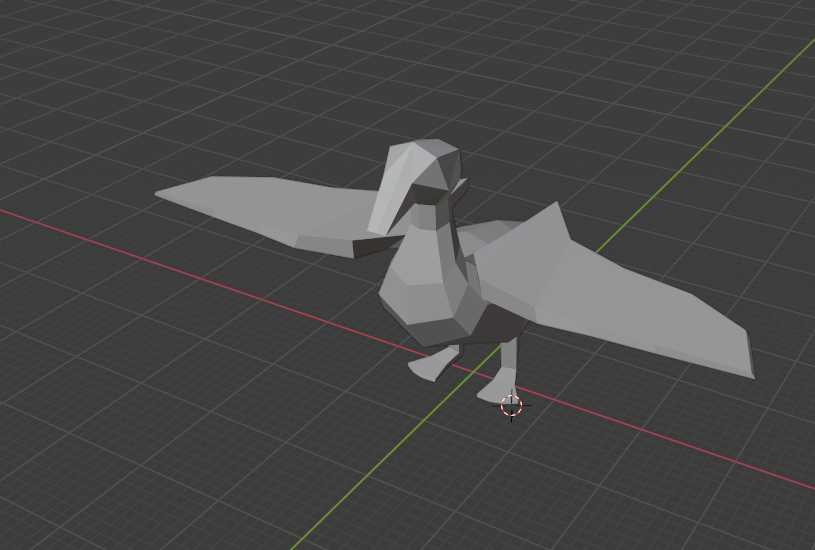 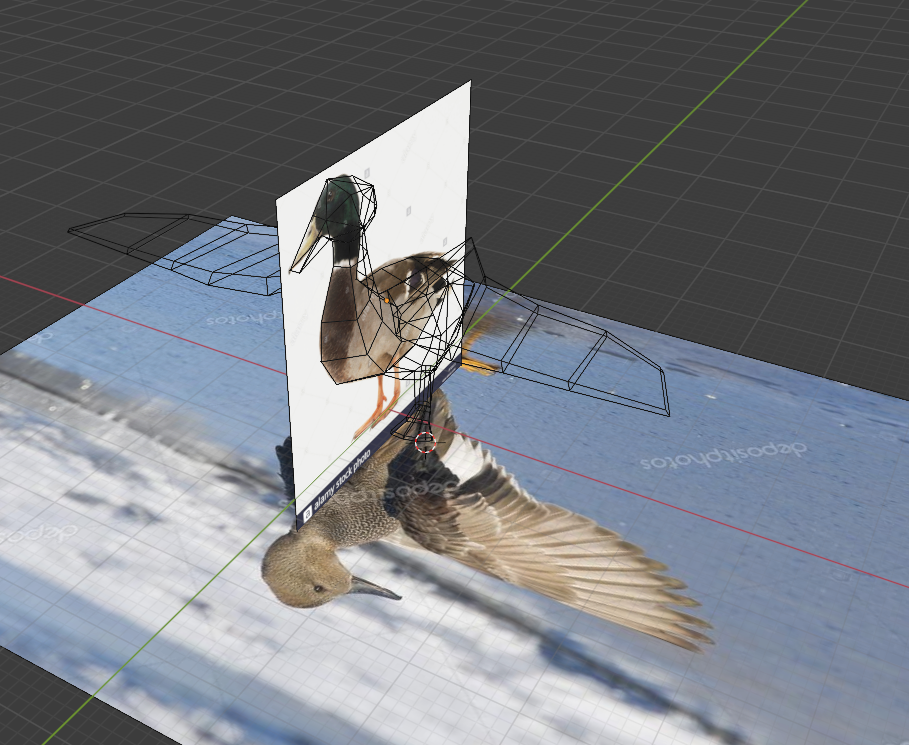 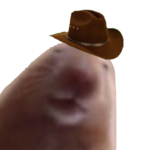 ANDREA wrote: ↑
02 Jul 2021, 08:06
It turns out that 3D modeling stuff is really easy if you've got a reference image or two! I've been bashing my head against it without much luck but this tutorial is very good and also quite a bit of fun to follow!

It's especially good because it teaches you some techniques (like merging objects, using the subdivision modifier) that aren't strictly necessary for this project, but really useful to have in your toolbelt.

I made this human avatar following the tutorial, and this duck afterwards on my own using the same methods and some reference images I found on the internet!

Website
This tutorial on striking and impact is incredible. I recommend it wholeheartedly.

sexy bad boy with a heart of gold

wait we can do that?

~~~ and they say that a hero can save us, im not gonna stand here and wait , ill hold onto the wings of the eagles, watch as we all fly away~~~